Closing the year at Kiserian with KARIKA

I wanted to close year 2011 in an adventurous way and I indeed did it by visiting the newly acquired land where KARIKA want to move into. It’s a large track of land in the interior of Kiserian town actually 13km interior. We boarded a bus at the junction (D. corner) to Ngong all the way to Rongai, where we took a Nissan van to Kiserian through Matasa. The ride is fun since the road is not bumpy. After a quick lunch at Kiserian town we took a taxi heading to the place. The small weather road heading here is rather rocky but the scenery and the fresh air compensates all this. The cool breeze, the clear blue sky and the green vegetation are some of the beautiful commodities one can savor to experience each single moment here. The people here are friendly as witnessed when along the way met a Maasai man who tells us he has been busy ensuring completion of the hospital which lies next to a church and little further away a primary school. (Its very coincidental such that on building this home hospital is within reach, we all get sick, right?)

We finally arrive at the land where this group KARIKA FYI it is an acronym for Kenyan Aged Require Information, Knowledge and Advancement, a group I volunteered working with children and aged people with for a period of one year in 2008, by then there were only around 60 old people mostly women but the number has grown to close to a thousand old men and women and it seem it has just started. It is an organization that works with aged people who happen to be vulnerable and some taking care of their grandchildren and with support of people w 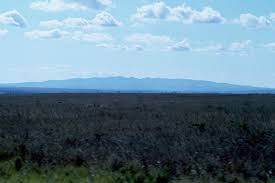 ho a belief in their cause this group has acquired a piece of land to put up a home for the aged. The land lies in a very unique location facing the Ngong hills and rather a hilly area of the flat vast land. It’s relatively a long distance from Nairobi city but who actually want to be in the city nowadays? The accessibility is very ok.
I am amazed how the director to this group found this land but it turns out that it was an 8 month hunt and to be sincere it was worth it since it is a perfect location to house older people. It’s a serene and beautiful area that Maasai inhabits.
We walk through the land and got in to a two roomed almost complete house which for a moment will act as an office and a bedroom for a person who will be manning the land, we took some photos lying on the grass and pausing in this beautiful land, it’s just like home. No one feels like going back to the busy dusty Nairobi suburbs. We move out and check in at the neighborhood, a friendly couple who we chat with for some time when the taxi driver horn us and we had no other wise but to go back reluctantly.
The director tells me that he will plan for a camp this year at the land, invite the community around and others for a celebration. I can’t wait to attend this camp and enjoy this place again.
It’s exhausting but worth it. Am back in Nairobi to wind up the year; I travel through the Northern bypass to Eastern by pass back to this small town north of Nairobi and the year ends watching Titanic II.
Wishing KARIKA happy and a bountiful 2012.

Let them grow.... #bearded #covid
Express respect to your body #keepfit #inhouseexercise
#besafeoutthere
On being broken!
And not only [so], but we glory in tribulations also: knowing that tribulation worketh patience⠀ ⠀ Rm 5:3-4